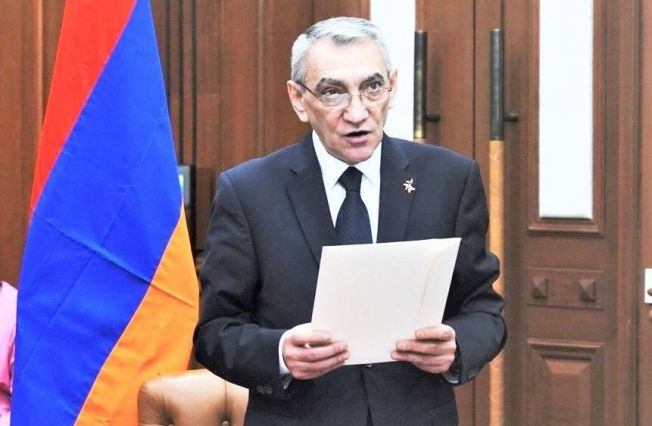 On July 6, the newly appointed Ambassador of Armenia to India  Youri Babakhanian presented his Letters of Credence to the President of India Ram Nath Kovind via video conferencing.

During his speech, Ambassador Babakhanian noted that since Armenia's independence the centuries-long traditionally warm ties between the two friendly peoples have received a new impetus and the framework of Armenian-Indian cooperation was expanding.

The Ambassador added that many achievements have been recorded during the bilateral cooperation,  particularly in the fields of education, healthcare, culture, and military-technical cooperation, but there was still much to be done.

In turn, the President of India Ram Nath Kovind assured that the Indian side will do its utmost to strengthen and deepen the warm bilateral ties established since ancient times. President Kovind expressed special gratitude to Armenia for admitting Indian students and providing them with quality education.